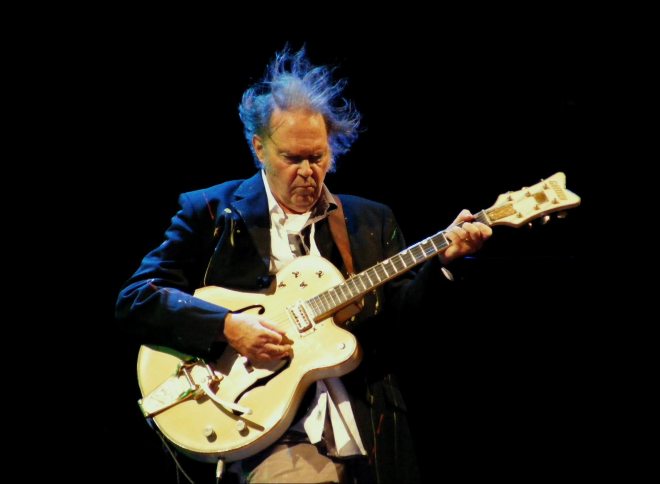 Neil Young is arguably the most prolific, as well as the longest-lasting, and hardest-working musician in popular music.  His output is so varied that it is difficult to know where to begin to come to terms with his music.  He moved from his native Canada to the USA in the mid-1960s and it feels like he has hardly let his guitar down since.  In this present century alone he has released 17 albums of new music, along with a series of archival recordings, mostly live, curated by Young himself.

Looking back over four decades to focus on one short period in his career might seem a little odd, in that context.  Yet in the opinion of this writer, the three albums he recorded in 1973 and 1974, taken together, amount to his finest work.  He himself coined the name by which this period and its music – ‘The Ditch’ – are known:

“Heart of Gold put me in the middle of the road.  Travelling there soon became a bore so I headed for the ditch”.

The music made by Young during that time was brought to mind by the release in early summer 2018 of Roxy: Tonight’s the Night Live.  This album was recorded straight after he and his band had finished recording the Tonight’s the Night studio album.  They went to the newly opened Roxy Club on the Sunset Strip in Los Angeles in late September 1973, and played most of the songs they had just recorded. 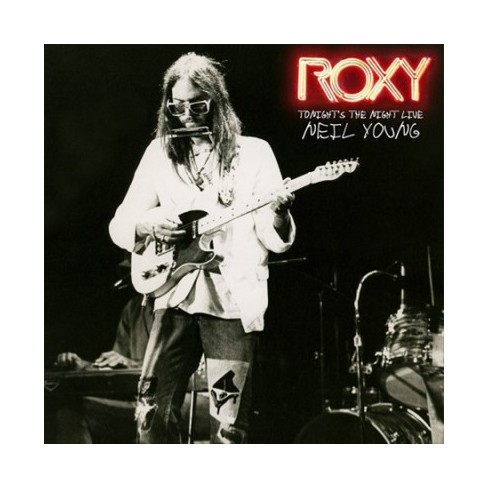 Tonight’s the Night – released in June 1975, although recorded in August 1973 – is so good I wondered what the live set would have to offer, but it is a revelation.  Tonight’s the Night captures Young coming to terms with “losing friends, band members and crew members to heroin” according to music journo Jon Dale, who described the recording process as “a dark occluded affair”.

Many of the versions are even better live than in the studio.  Young’s singing, and his and the band’s playing, are much more engaging; witness for example the soulful guitar-playing on ‘Speaking out’ (Nils Lofgren), a beautiful – though haunting – ‘Tired Eyes’ and scorching versions of ‘Roll another number (for the road)’ and ‘Tonight’s the night (Reprise)’.

The first of ‘The Ditch’ records was Time fades away, a collection of eight songs recorded live during a tour of 65 large venues over 90 days, beginning in early January 1973.  Young took against this record soon after its release and has refused for years to have it released on CD; “it’s the worst record I ever made” he says.  Not so, in fact its honesty and sometimes ramshackle playing offers a way into Young’s deepest feelings.  The rawness only adds to what the listener gets out of it.

The third album of the trilogy is On the beach.  This received negative reviews on its release in July 1974, but is now recognized as one of Young’s greatest.  It is a sobering and sometimes savage pen-picture of America in the dying days of Nixon’s presidency, absorbing and reflecting the awful impact of the Vietnam War and the Manson ‘family’ on the youth of the USA.

But to get back to Roxy: Tonight’s the Night Live, one of the striking things is that the sadness and anger of the lyrics are offset by Young’s sardonic and self-deprecating patter on stage.  Surprisingly, in an odd kind of way, this adds depth and humanity to the songs.

The order in which the band play the songs is different to the studio album, and this helps to give Roxy a different vibe:

Incidentally the encore, ‘Walk on’, appeared as the opening track of On the beach.