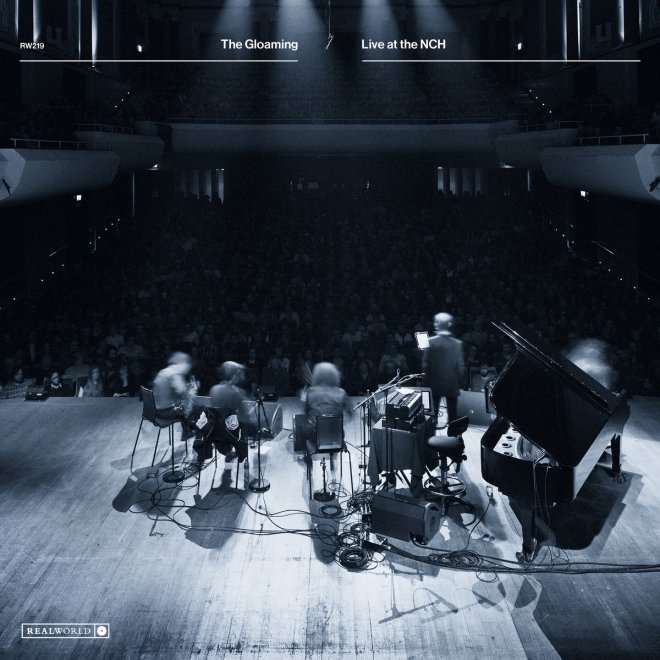 The prog rock group Yes used to be famous (infamous?) for frequently having long tracks that would fill an entire side of an LP.  The vinyl version of The Gloaming Live at the NCH is a double album; sides B and D each contain just one track; does this mean they are about to change their name to ‘Is Ea’?  A risky thing to do, having such long pieces, but saved by the fact that the music is so fantastic.

The Gloaming Live at the NCH is not, however, a recording of one concert, rather a selection made by Thomas Bartlett, the piano player and producer, of tunes and songs from the 2015 to 2017 concerts.

When Planxty revolutionised traditional music in the 1970s it was partly through their choice of instruments, putting uilleann pipes alongside guitar, bouzouki, and mandolin for the first time.  The line-up of The Gloaming is also a step change:  Martin Hayes, the renowned East Clare fiddle player, is joined by Caoimhín Ó Raghallaigh on a fiddle he adapted himself called a ‘Hardanger d’Amore, as well as by the singer Iarla Ó Lionáird from Cúl Aodha, and Americans Denis Cahill on guitar and Thomas Bartlett on piano.
There are so many gems on this record, it is hard to know where to begin:

The album gets off to a lively and lilting start with ‘The Booley House’, a selection of a hop jig, plus reels and slides.

‘The Sailor’s Bonnet’ opens with the title tune played as a slow air, and then picks up showcasing each of the musicians – not least Bartlett on an extended piano piece – as they build to the flying finish.  They come close to taking the roof off the NCH!
On ‘The Pilgrim’s Song’ it is Bartlett’s piano behind Ó Lionáird’s singing and Hayes’ fiddle-playing that gives them the space to create so beautifully.

Their version of the famous jig ‘The Rolling Wave’ – and even more so ‘Music in the Glen’ which follows on – features two fiddles doing their very different things, with Thomas Bartlett doing the seemingly impossible and accompanying both while also providing a percussive thump – the Kilfenora Ceili Band featuring Thelonius Monk!

Mid-way through the final track ‘Fainleoig’ the great jig ‘The Holly Bush’ emerges out of the maelstrom created by Bartlett’s huge piano sound.  When the jig really gets going it is irresistible.  The tempo and sound then soften for Ó Lionáird to sing the beautiful ‘Samhraidh, Samhraidh’. 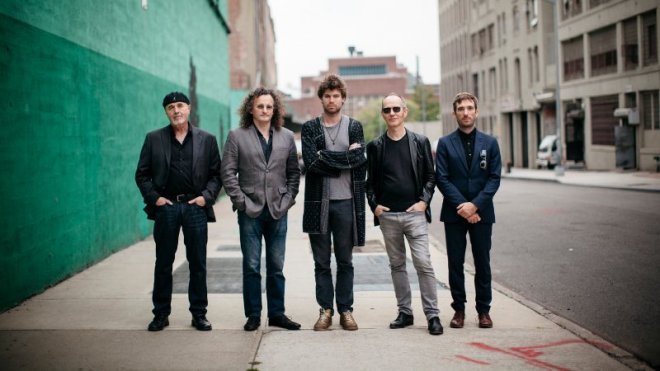 So perhaps surprisingly, given the fame of Hayes and Ó Lionáird, it is Bartlett who is the star of this show, more so than on the two studio records The Gloaming have produced so far.  Bartlett – who also performs under the name ‘Doveman’ – has worked with a wide variety of artists, from Martha Wainwright to Ed Sheeran.  He plays on David Byrne’s American Utopia which also appeared this year.  His jazz-flavoured percussive piano playing is a crucial and defining element in The Gloaming’s sound.

24 gigs at the NCH and surely more to come.  That building on Earlsfort Terrace should sport a big banner out front: ‘The National Concert Hall – home to The Gloaming’.