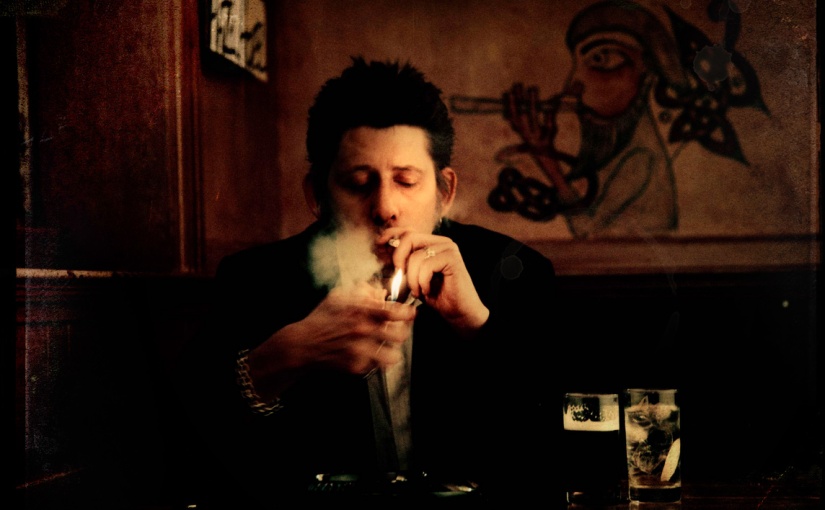 In late November 1987 The Pogues, featuring Kirsty MacColl, released ‘Fairytale of New York’. It went straight in at number one in the Irish Charts and peaked at number two in the UK, only kept off the top spot by the Pet Shop Boys’ cover of ‘Always on my Mind’. ‘Fairytale of New York’ was composed by Pogues’ banjo player Jem Finer and Shane MacGowan, and featured on The Pogues’ album If I Should Fall from Grace with God. By November 2015 the song had sold 1.18 million copies in the UK alone and was certified platinum in 2013. Its popularity with listeners and critics shows no sign of abating and every December it re-enters the singles charts in the UK and Ireland and many other countries around the world. In Ireland, at least, Christmas hasn’t officially started until you hear ‘Fairytale’ on the radio and it’s often the closing song of the night in pubs and clubs across the country during the festive season.

What’s so good about it and why is its appeal so enduring?

‘Fairytale of New York’ is quite simply a masterpiece. Like all great Christmas songs, it’s not really a Christmas song at all. The events just happen to take place at that time of year. Apart from the last line of the chorus and a couple of other cursory references, most of the lyrical content would be considered anathema to everything that the common conception of Christmas brings to mind. Far removed from the Disneyesque setting of most other, more well known, seasonal staples — featuring smiling Santas, prancing deer, and ‘chestnuts roasting on an open fire’ — ‘Fairytale’ would be more at home in the world of the Abbey Theatre of a century ago and has more in common with Synge and his Playboy of the Western World than with Bing Crosby and his ‘White Christmas’.

Shane MacGowan’s ingenious tale of modern Gaelic tragedy contrasts beautifully with Jem Finer’s uplifting melody, and the verbal tug-of-war between the male and female characters, constantly teetering on the brink between tenderness and outright venom, is littered with sardonic wit that could have come straight from the pen of Brendan Behan or Patrick Galvin.

Thematically, MacGowan — who, coincidentally, was born on Christmas Day in 1957 — deals with matters very close to his own heart. This is a song about emigration, addiction, hope, broken dreams, and lost love. It’s an anthem for the downtrodden.

When the song was released in 1987, Ireland was experiencing its worst recession since the founding of the state and the country’s youth were leaving en masse in search of a better life elsewhere. The UK was deep in the throes of Margaret Thatcher’s anti-socialist regime and it’s no surprise that the song struck a chord with people in both countries and, by extension, with Irish emigrants around the globe. Here, at last, was an honest Christmas song that spoke to the dispossessed and the disenfranchised. The song is as popular today as it was when first released, which is hardly surprising, considering that in post-Celtic Tiger Ireland the youth are again leaving in their thousands. You can be sure that ‘Fairytale’ will be sung by many of them this Christmas wherever they are in the world. Also, it’s a damn good song with an infectious melody and a hypnotic 6/8 folk-waltz rhythm that would incite anything short of a corpse to tread the boards!

As the winter solstice approaches and the sky darkens, it’s not only those smug crooners in snow-sprinkled ivory towers that reflect on the year past and on what’s been lost or gained, but also the homeless, the exiled, and the addicts who look to the rising of the new sun with hope for a better year to come. ‘Fairytale of New York’ is a song for the latter group.