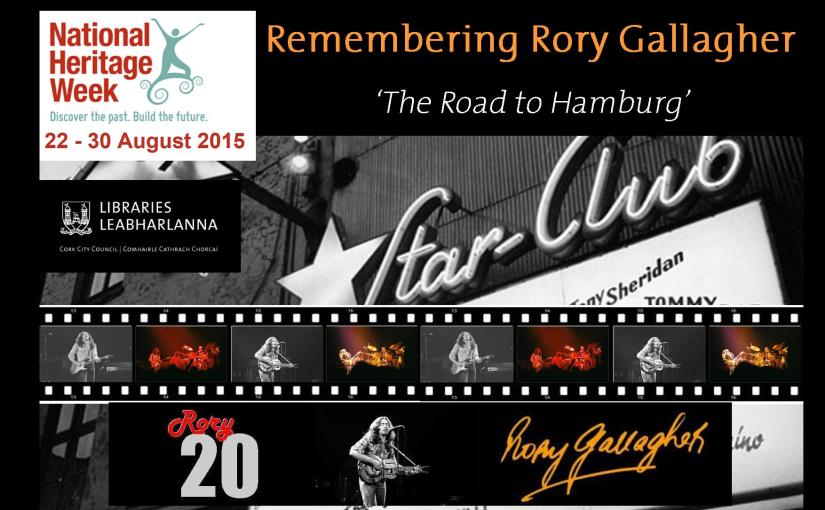 During his musical apprenticeship with the Fontana Showband, the young Rory Gallagher, a mere fifteen when he joined in 1963, learned his craft as a touring musician. Never to be content as a cog in a machine churning out safe, dance-hall friendly, pop hits, night after night, Rory would inevitably push himself to the fore. As his reputation as a guitarist began to grow, the Fontana changed their name to The Impact in 1965 to reflect a more blues/rock-oriented set list showcasing Rory’s fiery guitar work.

Ireland’s conservative music scene was hardly the ideal stomping ground for this new direction, however, and The Impact was forced to find work abroad. As a natural metamorphosis, a stripped-down three-piece version of the band — featuring Rory on guitar & vocals, Johnny Campbell on drums and Oliver Tobin on bass — eventually found themselves on the club circuit in Hamburg, Germany.

For three Irish teenagers arriving in Hamburg in 1965, a city still reverberating with the aftershock from legendary performances at the Star Club, from the likes of The Beatles and Jerry Lee Lewis, it must have been like walking on to a film set, such was its legendary status. Even today, Hamburg is a city which pulses with primal, hedonistic energy. We can only imagine what it was like back in its heyday of the 1960s.

Throughout this relatively short but formative period in Rory Gallagher’s career, Johnny Campbell was the man behind the drum kit. As part of the 2015 National Heritage Week programme of events, Johnny will be in Cork City Library on Thursday, 27 August, at 7pm, for a special ‘Question & Answer’ session on his time with The Impact Showband and Rory Gallagher. So, if you’d like to hear it ‘from the horse’s mouth’, then here’s your chance!

In 1966, Rory Gallagher quit The Impact and went on to form the Taste. The rest, as they say, is history. And what a history it is! even if it ended prematurely. Like another Irish hero, Cú Chulainn, Rory Gallagher lived a short life that was filled with glory and his name will live on as part of musical lore until the last Fender Strat is plugged into the last Vox AC 30.